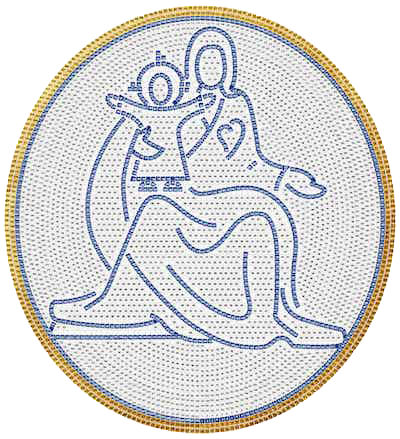 Interview with Monsignor Yoannis, member of the High Committee for Human Brotherhood, created after the historic meeting in Abu Dhabi between the Pope and the Grand Imam Al-Tayy

Interview with Monsignor Yoannis, member of the High Committee for Human Brotherhood, created after the historic meeting in Abu Dhabi between the Pope and the Grand Imam Al-Tayyeb
FRANÇOIS VAYNE05 AUGUST 2020
Monsignor Yoannis Lahzi Gaid, has just left his functions as secretary of the Pope because his mandate has ended, however he maintains his role within the High Committee for Human Fraternity, created following the historic meeting in Abu Dhabi, which took place in February 2019.
What are the recent initiatives of this High Committee regarding the international situation, in particular, the return of the Muslim cult in the ancient Hagia Sophia?
"The High Committee, despite the above all political delicacy of the question, made his voice heard by issuing an appeal to avoid decisions that aim to deteriorate coexistence between believers of different religions. The Committee stressed the importance of respecting places of worship and avoiding any kind of exploitation. The Appeal literally reported the words of the document on respect for places of worship: "The protection of places of worship - temples, churches and mosques - is a duty guaranteed by religions, human values, laws and international conventions. Any attempt to attack places of worship or to threaten them through attacks or explosions or demolitions is a deviation from the teachings of religions, as well as a clear violation of international law ”.
You are Egyptian and you have just founded the Child Jesus Association of Cairo onlus to build the Oasi dellaPietà Orphanage and the "Bambino Gesù Women's and Children's Hospital" intended to welcome abandoned children in Cairo in Egypt. Could the tense situation between Italy and this country, due to the inexplicable death of the young student Giulio Regeni, slow down communication and commitment to these projects? What message do you want to send to the Italian people on this issue?
“The Regeni case is one of the most painful issues I have experienced in recent years both as an Egyptian and an Italian. There is absolutely no justification for the premature death of a young researcher. I prayed a lot for his family and for his mother and I very much hope that truth and justice will soon be reached.
However, helping children in need cannot in any way harm the ongoing legal process. Regeni himself and his dear family and all of us would do even more harm if his case became an obstacle or an impediment to good. Where there is poverty, where there is need, where there is injustice, there is more need to do good.
Evil cannot be overcome by doing other evil or by remaining silent in the face of the silent tears of so many of our little brothers! Evil is won with good. This is why I invite everyone to transform this very painful story into a revolution of charity ”.
Can you tell us the ways and means to be able to support her in the two initiatives, the orphanage and the hospital? To date, what can you tell us about the works that have been carried out?
"We started construction work on the orphanage with the hope of finishing it in a year. The executive project of the Bambino Gesù hospital is ready and is waiting to receive the necessary funds. Both works need to receive donations to be realized soon so that the dream of giving our little brothers hospitality, home, care, dignity, opportunities and above all the possibility of growing up in a family environment can be realized. Being works under construction, they currently require financial aid that can be given through the Association's account ".
For those wishing to have more information on how the work is progressing over time, can you have a contact or an email to write to?
"On July 21, the Association inaugurated its website in 7 languages ​​where you can find all the necessary information, how to make a donation or join the Association. On the site there are also photos of the two works and of the great gift that His Holiness Papa Francesco kindly wanted to send to the Orphanage: an authentic copy of Michelangelo's Pietà from which the name "Oasi della Pietà" for the Orphanage arose " .
The Lazio football team chose to wear the logo of this Association, engraved on the players' shirts, during the warm-up that preceded the match on 2 August and on the occasion of the trip to Naples for the last match of the football season. How did this idea come about and what other initiatives are you considering to promote the Oasi della Pietà Orphanage?

"As soon as we submitted to Lazio the request to be able to engrave the logo of the Association on the players' shirts, they generously and freely accepted it, proving to be a great team not only in football but also in the social and charitable sphere. The same happened with the Salernitana team who wore the jersey in the final. In front of the needs of the little ones, everyone makes themselves available ».
What link is there between these future structures and the ongoing search for brotherhood, the latter begun in particular in the spirit of the document signed by Pope Francis and the great Imam of Al Ahzar in Abu Dhabi?
"The Orphanage was born after the signing of the Document on Human Brotherhood between His Holiness and the Grand Imam of Al Azhar, as a result of the same Document as that house will open its doors to all children without any kind of distinction".

To better facilitate those who and how many were interested in helping these projects of Monsignor Gaid, these are the necessary information:

LA SALERNITANA NEXT TO THE BAMBINO GESÙ OF CAIRO ONLUS ASSOCIATION

Confirming the great attention paid to less fortunate individuals, and especially to minors in difficulty, the U.S. Salernitana 1919 launche